Suffragettes: The ‘madness’ of revolting women…

Posted on November 2, 2016 by historywithatwist

As America prepares to head for the polls to decide whether to elect its first female president, it’s worth noting how far women have come in terms of achieving a political voice. I’m pleased to welcome author Lucienne Boyce to HistoryWithATwist. Lucienne’s book, The Bristol Suffragettes, is a timely reminder of the ingrained social attitudes that early campaigners for women’s rights had to battle against in their bid for political equality.

In June 1914, Joan Lavender Guthrie, a 24-year-old actress also known as Laura Grey, wrote a final letter to her mother and then committed suicide by taking an overdose of veronal. She was pregnant. The coroner’s verdict was “suicide during temporary insanity”. In court a tragic story emerged of prostitution and addiction to both drugs and alcohol. A doctor determined that Joan had been mentally unstable ever since she self-harmed herself aged 16.

These all seemed sufficient reasons to account for her terrible death, but the coroner was not entirely satisfied. Miss Guthrie had been a militant suffragette, and it was to the awful influence of the movement that he attributed her end. Indeed, he felt that her very association “with these law-breakers and anarchists raises a very strong presumption as to her mental soundness or rather unsoundness”.

Joan had been charged with wilful damage four times, convicted twice, and had spent four months in prison in 1912 when she went on hunger strike and was forcibly fed. The coroner opined that her militant career had “certainly increase[d] the derangement of a mind which was already ill-balanced”. He added that “The weak mind probably gave way” after she was awarded a medal by the Women’s Social and Political Union (WSPU). The inquest was reported in The Times, 12 June, 1914, under the sub heading “From Militancy to Suicide”. 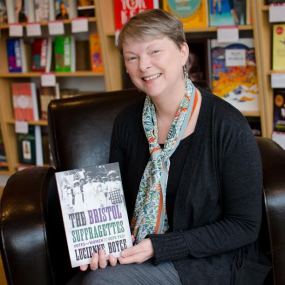 The following day, The Times published a letter from the novelist E W Hornung, who blamed the WSPU leaders for Joan Guthrie’s death. He wrote that “…the thirst for sensation had become a passion and the craze for revolt a disease… By what steps the last phase was reached, whether in the first instance by… tricks and traps… may never now be known.”

The connection of suffragette militancy and madness in the case of Joan Guthrie was not an isolated response. In 1913, during the trial of Bristol woman Lillian Lenton, who had burned the tea house at Kew Gardens, the magistrate asked, “is she responsible for her actions?”

Mary Lindsay, who struck Lord Weardale when she mistook him for Prime Minister Asquith, was remanded in custody until it was determined if she was of sound mind. The London County Council solicitor, prosecuting Elsie Neville Howey for setting off false fire alarms, described her crime as “an act of madness”.

On 16 March, 1912 a leader in The Times explained suffragette militancy by attributing it to women’s “Insurgent Hysteria”. The article suggested that “in a large number of cases, even though in the strict sense insanity is not present, there is a tendency to some form of hysteria or morbid moods akin thereto”.

Women’s mental weakness was inherent in their physiology: their “senseless outrages against property” could best by understood by physicians. Amongst the correspondence the leader inspired, one doctor, in a letter headed “What Every Doctor Knows”, agreed that physicians did indeed understand the type of woman referred to. He explained that “when she has reached a certain age, we know that there is no help in us”. To prevent the development of such characters, he added, “the lunacy laws will require revision”.

Medical scientist Sir Almroth Wright produced a whole book – The Unexpurgated Case Against Woman Suffrage – exploring the theme, characterising the suffragettes as “spinsters in a state of retarded development”. Other newspapers, like the Daily Express, also described suffragettes as “crazy”, “frenzied” and “insane”.

The insane, of course, could not vote. Neither could criminals. Suffragette militancy itself proved that women should not have the vote. “If anything could strengthen the general conviction of ordinary men that women are unfit for the suffrage, it surely would be the supremely silly conduct of the window-breakers”, thundered The Times on 26 June 1912.

In 1912, Britain’s Home Secretary, Reginald McKenna, introduced The Mental Deficiency Bill which would give him the power to compulsorily confine people for life based on quite sweeping definitions of insanity. In the House of Commons, Sir F Banbury criticised the Bill, saying it would make the Home Secretary “an absolute dictator” who could use the legislation to exclude who he chose from “the rights of citizenship”. It “would enable him to brand all the woman suffragists as deficient in mind and to lock them up”. Sir F Banbury added, however, that if he did so he “might be acting rightly”. 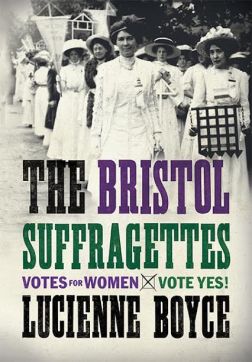 When on 11 June, 1914, the Commons discussed methods of dealing with hunger-striking militants, treating them as lunatics was amongst the options considered. Reginald McKenna, the Home Secretary, agreed that suffragettes were “hysterical fanatics”, but rejected the suggestion because his earlier attempts to get women certified as insane failed when doctors would not co-operate.

The other options considered were to let the prisoners die (“the most popular”, remarked McKenna), deport them, or give them the franchise. The last suggestion was greeted with “Hear, hear, and laughter”.

The threat of insanity has long been used as a tool of oppression. Vic Gatrell comments in The Hanging Tree that opponents to the Bloody Code “could be dismissed as sentimental, mad or radical”. A hundred years later, the suffragettes’ demand for justice was also dismissed as a form of madness.

The Bristol Suffragettes, by Lucienne Boyce

23 Responses to Suffragettes: The ‘madness’ of revolting women…