How The Good Nazis Put Their Lives on The Line

Posted on January 1, 2017 by historywithatwist

When we think of World War II it’s easy to know which side the good guys and gals were on, right? Unless, of course, you recall the GI murder gangs that sowed terror in wartime Paris. If you don’t know that story, then you can read about it in a previous post, here.

But it isn’t just criminal GIs who can turn our concept of good and bad on its head. We should also remember those Nazis who put their lives on the line, or gave them up entirely to save the ‘enemy’.

They seldom get the credit they deserve, but the good Nazis of Hitler’s Germany are owed a debt that can never be repaid. Here are some stories of the Nazis who really did make a difference… and for the right reasons.

On July 26, 1942, the bridge at the River San in southern Poland was thronged with troops at both ends.

It led to the town of Przemysl, where the SS had orders to liquidate 100 Jewish inhabitants, but they faced an obstacle in the form of a detachment of soldiers with orders to defend the town at all costs.

Each side’s men faced off against one another in broad daylight, their fingers hovering over triggers. The bridge’s defenders must have had their hearts in their mouths as they trained their guns on the SS troops opposite and waited for the order to fire.

All it would take was some over-excited trooper to let loose with a burst from his machine-gun and hell would be unleashed. Thankfully, the order to fire never came. Instead, the SS commander finally decided to pull back his men.

The soldiers involved must have breathed a sigh of relief. The town’s 100 Jews must have wept for joy. What’s remarkable about this little tableau is not that the SS turned on their heel without firing a shot, rather that those making them flee were fellow German soldiers, who had put their lives on the line to protect Przemusl’s Jews from liquidation. 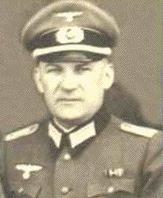 The events of that day were played out due to the determination of the local military commander Major Max Liedke and his adjutant, 51-year-old reserve officer, Lieutenant Albert Battel, who later that day entered the Jewish ghetto and evacuated the Jews, placing them under the protection of the Wehrmacht.

The affair created an almighty stink. An investigation was ordered, with SS Reichsfuhrer Heinrich Himmler himself vowing to have Battel thrown out of the Nazi party and arrested once the war was over.

It never came to that. Battel was retired from the army due to heart disease. He was captured by the Russians, and upon his release moved to West Germany. He died in 1952. Israel honoured his act of heroism, making him one of the Righteous Among Nations in 1981.

But Battel wasn’t the only Nazi to put his life on the line for the enemy. In 1942, Polish pianist Wladyslaw Szpilman avoided being rounded up by Nazis and sent to Treblinka concentration camp. He hid in Warsaw, always waiting for the heavy stomp of jackboots on stairs to announce that the Germans had discovered his whereabouts.

That day finally did come, in August 1944, when Szpilman was found hiding in an abandoned building by German Captain Wilhelm Hosenfeld. Instead of turning the pianist in, however, Hosenfeld found a better place for him to hide, brought food to him regularly and even gave him an army great coat to keep warm.

The German officer wasn’t so fortunate. He was captured by the Russians in 1945, and died in captivity six years later.

In 2009, Hosenfeld was posthumously honoured by Israel for his courage.

Hosenfeld’s act of humanity ensured that Szpilman survived the war. His remarkable story was later turned into the film, The Pianist. Hollywood also rightly eulogised the role played by Nazi industrialist and spy Oskar Schindler in saving Jews from the gas chambers. The story of how he used guile and huge bribes to secure the safety of 1200 Jewish workers is well known. Schindler was practically bankrupt by the time the time Hitler’s armies surrendered.

For a time after the war he lived in Argentina with his wife, and took up farming. Neither the marriage nor the farming worked out and he returned to Germany in 1958, where a string of failed business ventures followed. Schindler survived through financial support from the Jewish workers he’d spent his fortune trying to save. He was named Righteous Among Nations in 1963, and died 11 years later.

Just as remarkable, though, is the story of the Hungarian Nazi officer who saved over 100 Jewish workers from execution. Zoltan Kubyini was not your average soldier. A Seventh Day Adventist who refused to carry a gun, he was placed in charge of the workers when their previous camp commander broke his leg while travelling to superiors to finalise orders for the workers’ execution.

Kubyini respected his charges, giving them more rations, allowing them to observe Jewish holidays and even fasting with them for Yom Kippur. But when he was given orders to escort his men to a destination where they would then be sent to the gas chambers, he instead took them into Hungary to hide from the Nazis.

The flight was full of risk. At one point the group were approached by policemen who intended to have them sent to Germany. Kubyini plied the officers with drink and then spirited his band of workers away. 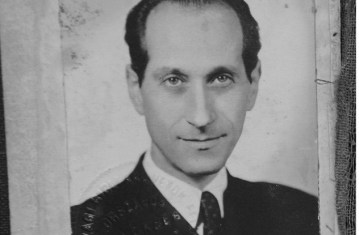 When they reached Russian forces, the Jewish workers pleaded with Kubyini to remove his uniform and pretend to be a Jew. He refused and was subsequently arrested and ended his days in Siberia, where he died, his great act of humanity forgotten in the surrounding tundra.

Today, though, after some detective work, his brave act has been recognised and he, too, is listed as Righteous Among Nations.

But it wasn’t only Jews the heroic Nazis risked their lives for. In November, 1944, the US First Army found itself in a deadly struggle with the German 275th and 353rd Divisions in the Hurtgen Forest, along the Belgium-German border.

Lt. Friedrich Lengfeld was commanding 2nd Company of the 275th Division. By November 11, his men had been decimated, and those who survived were exhausted, cold and hungry.

They had been fighting the US 12th Infantry at a forester’s lodge in the woods, besides which was a minefield. 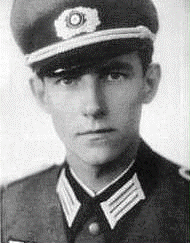 As the Americans retreated, one of them ran into the field, with devastating consequences. Severely injured, the GI survived and began calling for help. Hours passed, but there was no sign of an American rescue.

Maddened by the cries of the wounded man, Lengfeld entered the minefield to help. No sooner had he done so than he stepped on an anti-personnel mine.

The lieutenant suffered serious internal injuries and died later that evening at a first-aid station. The identity of the American soldier remains unknown.

Despite the large numbers involved, Lengfeld’s heroism wasn’t forgotten. In October 1994 veterans of the 22nd US Infantry Society erected a monument at Hurtgen War Cemetery to honour his memory.

Yet another brave Nazi was John Rabe, a businessman who operated out of Nanking in China. He was there when Japan’s Imperial Army rampaged through the city between November 1937 and February 1938 in what later became known as the Rape of Nanking. Between 200,000 and 300,000 (depending on your source) are said to have been killed in the attack.

Rabe and other Europeans still in the city organised an international Safety Zone, to which refugees could flee. He even sheltered 650 civilians in his own garden. As a Nazi and given the Sino-German alliance, Rabe was appointed head of the safety committee.  It was felt that his stature would prove effective when dealing with the Japanese. 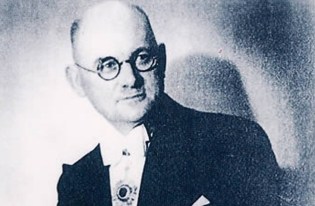 Rabe certainly delivered on that score. He created several areas where Chinese could seek refuge, patrolling the streets unarmed, facing down marauding Japanese troops and preventing outrages from occurring. His policing campaign lasted for four months and saved the lives of 250,000 people.

Rabe fell on hard times after the war, but was supported financially and with food parcels by grateful Chinese. He died in 1950. It was fitting though, that 47 years later his headstone was moved to a memorial site in Nanking, where he is still remembered to this day in a very real way – many children in Nanking now bear the name of ‘Rabe’ in his honour.

We prefer to see the good and bad guys in black and white terms, but there are always nuances, and as much as it upsets our neatly ordered view of World War II, we should remember those who allowed their sense of humanity to override their loyalty to the twisted views of the Nazi party.

The stories of the good Nazis give us a valuable lesson, that even ardent followers of the most brutal regimes can have a conscience and can assert their humanity come the hour.