The Bother with Brothers…

Posted on April 1, 2019 by historywithatwist

Brothers have a lot to answer for when it comes to history. From the mythology of twins Romulus and Remus, who are said to have founded Rome, to the brutal reality of the Lewingdon brothers, whose murder rampage terrorised the folk of Ohio during the 1970s, brothers have made the headlines for good and ill over the years.

When bicycle manufacturers Orville and Wilbur Wright reached for the skies and took their powered flying machine into the air for all of 12 seconds in 1903 at Dayton, Ohio, they not only flew into the history books but joined an exclusive group of siblings who worked together to make their mark on the world.

In literature we had the Grimm brothers, in politics the Kennedys, comedy brought us the Marx brothers, and music the Everlys and the Gallaghers. In sport, there were the Murrays – Andy occupying the number one spot in men’s singles tennis and his brother Jamie at number one in men’s doubles, both in 2016.

America’s Wild West is awash with brothers who joined forces, usually for ill, in a bid to better themselves. Former Civil War Confederate guerrillas Frank and Jesse James robbed banks and trains in the Midwest before Jessie was gunned down by an accomplice out to claim a sizeable reward.

The Dalton brothers – Bob, Grat and Emmet – sowed terror with their robberies and got their comeuppance in Coffeyville, Kansas, on October 5,1892, when they tried to rob not one but two banks at the same time in their old hometown. Their demise was quite spectacular…

Disguised with fake beards, Grat and Bob entered the First National Bank while Emmet and two accomplices took on the Condon Bank nearby. Unfortunately for the gang, they were recognised and by the time Grat and Bob walked out of the First National the townsfolk met them with all guns blazing. In the ensuing gun battle four citizens were killed and all the gang lay dead, apart from Emmet Dalton, who was seriously injured.

You could add the Younger brothers, the Earps (Virgil, Wyatt, Morgan, James and Warren) and the McClaurys to name just a few other siblings…none of whom fared particularly well while working together. 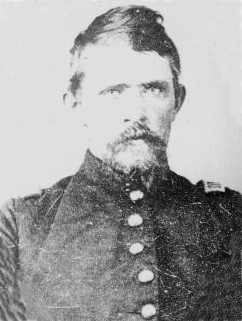 But really, it’s not the brothers who stood shoulder to shoulder that is the purpose of this blog, what we’re really talking about is the Cain and Abel kind, the ones who forsook the adage of blood being thicker than water and fought against each other’s interests.

Civil wars have a tendency to split certain clans, and there is one familial split from the American Civil War that stands out in particular – two brothers, both brigadier generals, who gave their lives fighting on opposite sides.

The Terrills of Virginia were Confederate to the core. Four of the Terrill men, including the patriarch, Colonel William H. Terrill, fought for the Confederacy. James Terrill made a name for himself in a series of actions, including the Battle of First Manassas and the Battle of Fredericksburg. He was promoted to major and then to lieutenant colonel for his soldiering ability. Then, on May 30, 1864, his nomination to the heady heights of brigadier general was confirmed, only for him to be killed in action the same day.

The Terrill family did have one black sheep, however, in the form of William R. Terrill, who took the Union side. William’s military campaigns took him West, so he never had to meet any of his family on the battlefield. Following success at the Battle of Shiloh in 1862 he, too, was promoted to the rank of brigadier general, but in September of that year he was killed at the Battle of Perryville, in Kentucky. 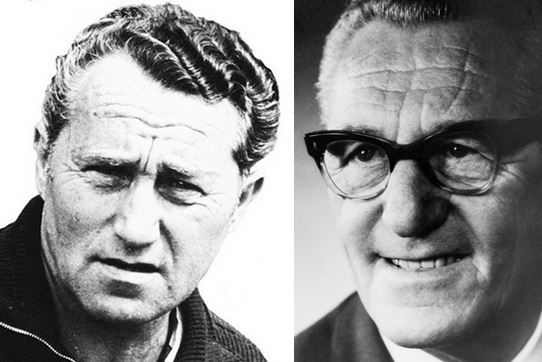 Sometimes brothers at war with one another can be a good thing. Were it not for sibling rivalry the world would be a poorer place for the athletes among us. Shoemakers Adolf ‘Adi’ and Rudolf ‘Rudi’ Dassler continuous headbutting resulted in them splitting their business and setting up rival firms.

Today, Adi’s Adidas brand is known throughout the world, while Rudi’s Puma isn’t far behind.

There are lots of other examples of brothers at odds with one another. However,one of the most interesting must surely be that of notorious Chicago gangster Al Capone and his brother, the policeman. One was a snappily dressed crime boss during Prohibition, the other a lawman who wore a ten-gallon hat and a holstered six-shooter strapped to his waist.

Al Capone’s big brother, Vincenzo, loved the Old West and ran away with a circus when Al was just eight years old. He changed his name to Richard J. Hart (likely trying to link himself to William S. Hart, a star of Western movies at the time), joined a Wild West Show and toured Europe. When America entered World War I, he enlisted and was promoted to lieutenant, earning a Distinguished Service Cross for “extraordinary heroism in action’.

After the war, he became a town marshal in Homer, Nebraska. As a police officer, Hart was all action. He rescued several town residents (his future wife included) from a flash flood and became known for getting into fights. When Prohibition came into effect in 1920, he was appointed a prohibition agent, tasked with cracking down on bootleggers illegally importing and selling alcohol while his brother made a fortune from exactly the same practice.

‘Two-Gun’ Hart’s exploits hit the papers, helped a little due to his own talent for self-publicity. He was every newspaper editor’s dream – a lawman straight out of the Old West who wore spurs with his cowboy boots and a 10-gallon white hat on his head, a man who tracked down offenders using his trusty horse, Buckskin Betty, and who carried two pearl-handled pistols around his waist in case of trouble.

He was the bane of the moonshiners, going undercover to trap them and bringing to justice other criminals who crossed his path. Hart later worked for the Bureau of Indian Affairs on the Cheyenne Reservation in South Dakota, where he learned the tribal language and was credited with the arrest of 20 killers.  Hart would eventually move back to Nebraska and work again as prohibition agent.

Meanwhile, pearl-handled pistols notwithstanding, little brother Al was busy building his criminal empire. The brothers were reportedly reunited in the 1920s, but it never made the newspapers. They stayed in touch, though, according to Jeff McArthur in his book, Two-Gun Hart: Lawman, Cowboy and Long-Lost Brother of Al Capone.

When $2.7 million in cash and security bonds was stolen in September 1920 from Lincoln National Bank, in Lincoln, Nebraska, by associates of Al Capone, Hart used his little brother as a middle man and the bonds were returned.

He visited Capone at his Florida mansion after he was released from his 11-year term in prison for tax evasion.

‘Scarface’ Capone died in 1946; his law-abiding brother followed him in 1952, but with no mention of the Capone name on his headstone. 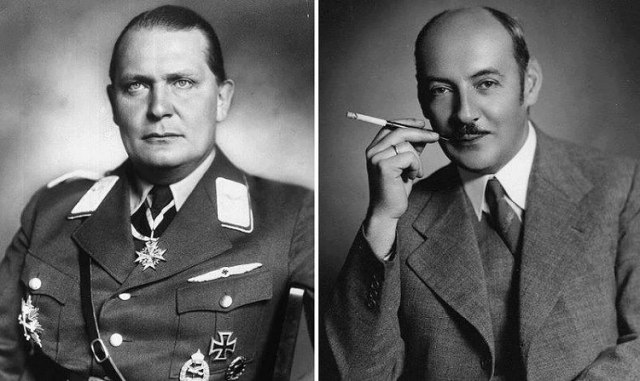 There is one sibling relationship that was quite remarkable in the impact it had not just on the brothers themselves but on the lives of countless others.

Reichsmarschall Hermann Goering was one of the leading members of the Nazi party and head of the Luftwaffe. Hitler’s henchman squirreled away art treasures from around the world, much of it stolen from wealthy Jews. He was a fat, self-satisfied, drug addict who was second only to Hitler. His influence and his crimes were enormous. However, his younger brother, Albert, could not have been  more different.

Albert despised the Nazis and would do all in his power to undermine them. In one incident he is said to have joined a group of Jewish women who had been forced to scrub a public pavement. When the officer in charge of this humiliation demanded to see his papers and realised who he was dealing with, the punishment was cancelled – how else could he avoid being accused of trying to humiliate the Reichsmarschall’s brother.

He would use his influence in order to free Jewish from the Nazis clutches. Although despising the regime, Albert did accept the post of export director at the Skoda works in Czechoslovakia when the job was presented to him.

He diverted a large chunk of his salary into the coffers of the resistance movement and encouraged acts of sabotage at the factory. Emboldened by his success he even used Goering family-headed notepaper to secure the release of Jewish families. Albert would type a letter and simply sign it ‘Goering’ demanding that prisoners be placed in trucks and removed from camps.

There were occasions when his activities were discovered, but that family name prevented a scandal from becoming public and big brother Hermann would sometimes have to use his hefty influence to smooth things over.

Justice finally caught up with Hermann Goering at the Nuremberg Trials; however, he evaded the hangman’s noose by talking poison the night before his execution. As for Albert, he was shunned after the war because of that surname and he died in 1966, aged 70,  without receiving public recognition for all he did to save lives during the war.

It takes a great person to use their influence for the benefit of others and not for themselves. Albert Goering could so easily have sat back, switched off his conscience and let the money roll in as sibling to the second most powerful man in Germany. The fact that he didn’t speaks volumes about his character.

‘Two-Gun’ Hart was brave, too… not just in catching criminals and by not being lured into the life led by his baby brother, but because of the manner in which he went about living his own. Ten-gallon hats, pearl-handled revolvers and trusty steads are the froth of Hollywood, yet ‘Two-Gun’ embraced them and ignored the snickers of the naysayers over how he went about his business as a lawman.

A few more Albert’s and ‘Two-Guns’ would do us all the world of good.

9 Responses to The Bother with Brothers…