We must not cancel the past

Posted on June 29, 2020 by historywithatwist

I am white. I have never known prejudice based on skin colour. I have had the odd moment where I was looked down on because of where I came from. I still recall in bemused detail the occasion I was in the company of people who regarded themselves as being ‘posh’ and whose noses distinctly wrinkled with distaste when they realised I was a northside, inner-city boy and not from the leafy wealthy suburbs of south Dublin where they came from. But racism, no… I’ve never had to fight that horrible battle, thankfully.

Racism is a terrible thing. We should be rated by our actions and how we treat others, not on the colour of our skin. Racist behaviour should be called out, as should those who support it. But nothing – if you’ll pardon the expression – is ever really that black and white.

This is a blog about history, so it has pained me to see history being destroyed, as has been happening lately with the destruction of certain statues in various parts of the world.

History is the bedrock of who we are – warts and all. It’s an indicator of both our progression and regression as decent human beings, so to delete that history is to lose a sense of what we once were and what we have since become.

You don’t have to agree with what happened in the past, but it should be acknowledged, not erased. Those statues need not be torn down, they could be placed in museums, or given new plaques to put the life of the person being remembered into a broader context.

If we disagree with statues to those whose policies we find repugnant, do we then remove all art that refers to the era in which those people lived? Do we tear up the work of great artists whose paintings we may love but whose politics we disagree with?

Are all books to be burned that were written by people who may once have made derogatory comments about members of society or who supported organisations that were active in denigrating certain social strata? Do we ignore the positive or thoughtful messages that are also contained in the works of such authors? Where is the line to be drawn?

Who among us is perfect? We are all mosaics – our characters are shaped by a wide variety of experiences and emotions that we have encountered throughout our lives. Because we are always encountering new experiences – both positive and negative – our characters can change; it’s what makes us so fascinating… that most of us continue to evolve intellectually and emotionally.

However, those who wish to cancel history due to perceived slights ignore this fundamental aspect of human nature… that people can change, that opinions once held can be discarded and replaced by newer (more tolerant) viewpoints. 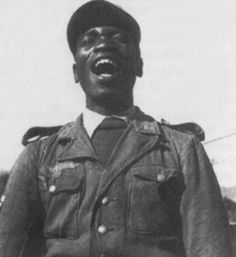 Who among us can support slavery? Not me, nor the destroyers of statues, it seems. But if we are to destroy the statues of all those who once supported slavery, are we also to destroy references to Native American tribes, because they, too, practiced slavery. The Iroquois, the Creek, the Pawnee, the Comanche were just some of the tribes that enslaved their captives. Granted, these were not treated in the same manner as Europeans treated African slaves but it was slavery nonetheless.

I am not an apologist for the despicable regime that was Nazi Germany, but do we disown everyone who once, for a brief time, was connected to it?

If the answer is a resounding Yes, then we must also ‘cancel’ the history of all those black troops who fought for Hitler – the men who served in his Phalange Afrique Legion in his North Africa campaign in World War II, or the Free Arab Legion, which formed part of the force that occupied Greece and which fought partisans in Yugoslavia.

Martin Luther King is rightly seen as a pillar of the liberation movement. Should Dr King’s great work be ignored because of his alleged penchant for extramarital affairs?

Should Mahatma Gandhi, the architect of non-violent protest, be cancelled from history because he used the term ‘kaffirs (a derogatory term for black people) when he worked as a lawyer in South Africa?

The point is people are nuanced creatures, with some aspects of our lives or personalities that can often prove disappointing. Unfortunately, nuance is the last thing to be considered by those who wish to cancel our past. The thing is, though, you can’t paint history in broad brushstrokes; it needs to be looked at critically and with care, no matter how unsettling that past may be.

“Every book has been rewritten, every picture has been repainted, every statue and street and building has been renamed, every date has been altered…History has stopped. Nothing exists except an endless present in which the Party is always right.” – 1984, George Orwell

It seems that it’s not Big Brother that we should fear, but those who shout the loudest, those who are so confident in their righteousness that they close their ears to any opinion that is not in accordance with their own, no matter how subtle the difference.

Personalities and events from the past can illuminate the present and help us prepare for the future. Cancelling the past, therefore, can blind us to the pitfalls that may be repeated by later generations.

History should be picked at and challenged, but it must be protected, too, because it’s fragile. Erasing it completely only creates a vacuum. What’s needed is discussion and more research to reveal forgotten facts and stories that will further illuminate what has gone before.

Debate, not destruction, will enlighten us all.

29 Responses to We must not cancel the past