Posted on April 23, 2018 by historywithatwist

Growing up in Dublin’s inner-city northside, my childhood was filled with crime.

They were cops and private detectives mostly, armed with snub-nosed Smith & Wesson’s, screeching around corners in Buicks, Chevrolets and Dodges, hubcaps flying off as they frantically pursued the bad guys.

Sometimes the cars got cooler – like Jim Rockford’s Firebird, or, later, Starsky and Hutch’s white-striped Gran Torino. One thing that was a given, though, was that all crime fighters were men. Then the female detectives Cagney & Lacey came along, and a small blow was struck for feminists. To teenage me, though, that last one seemed a bit, well… contrived.

Am I really expected to believe that these women can haul the killers off the street and lock them in the clink, I would tut as I scanned the newspaper’s TV schedule for more fitting crime-fighting fare.

Had I known then about two real-life crime-fighting female cops I would never have dared entertain such a thought.

Lilian Armfield became Australia’s first female detective as long ago as 1915.  To say she had things stacked against her is an understatement.

For one, Armfield had to sign a waiver agreeing that the New South Wales police department she served was not responsible for her safety and welfare, and that no compensation would be provided for injuries sustained during her duties.

Then there was the fact that she wasn’t given a uniform and had to pay for civilian clothes worn on duty. She couldn’t marry either. To top it all, she had to go about her business unarmed and, er, was not allowed to arrest criminals. 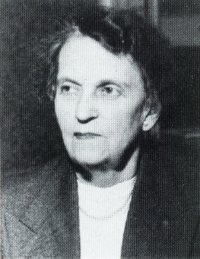 Ah, yes… the spinster policewoman with no uniform, no weapon, with no powers of arrest… All they were short of doing was painting a target on her back, saying ‘Assault me’.

But Armfield was not to be deterred by such minor details. Adorned with pearls but no handcuffs, she took on some of Australia’s most dangerous ‘razor gangs’ of the Twenties and Thirties armed only with her handbag.

Armfield investigated everything from opium trafficking to rape and murder. Her main beat was in the tough neighbourhoods around east Sydney, where she would often work undercover in the city’s brothels. Women police were also used to search female suspects and to interrogate witnesses.

‘We are free to go anywhere and make what investigations we think wise,’ Lillian said in an interview with The Sun newspaper, at a time when the number of female detectives had risen to eight. ‘We are likely to be called out at any hour of the night. Normally we work eight hours a day, with one day off each week and twenty-eight days holiday in the year. We cover the city and the country. If a policewoman is wanted for a female investigation in the country, one goes from the central staff in Sydney.’

When the reporter suggested she arm herself for her duties, Armfield replied: ‘We carry no weapons. A warrant card explains who we are. Handcuffs! Oh, no, we never handcuff a woman.’

But lest anyone think she was some sort of dainty Miss Marple, it’s worth noting that one of her colleagues described how Armfield ‘swore like a trooper’. She could hold her own, too, in any of Sydney’s low-life haunts, having to detain suspects until armed male officers arrived with cuffs and those all-important powers of arrest.

Lillian Armfield was clearly an extraordinary woman, and her story is told in an eponymously titled book by historian and writer Leigh Straw. She has also found fame as part of Australian TV series, Underbelly: Razor.

But Lillian wasn’t the only ground-breaking female detective. Over in the United States, Mary Shanley – or ‘Dead Shot Mary’ as she was known – also made a name for herself.

Born to an Irish mother in New York’s Hell’s Kitchen, Mary joined New York’s Finest as their fourth female detective in 1931, and it soon became clear that she wasn’t afraid to use her weapon.

Throughout the 1930s and into the 1940s the New York Times is full of stories about the gun-toting policewoman. Mary, weapon in hand, chasing down a pickpocket on Fifth Avenue; Mary firing two rounds into the air while chasing a larceny suspect; Mary (5ft8) arresting two burly men by herself; Mary firing as she chased a suspect from a cinema. In that episode, one newspaper reported…

‘The suspect accompanied Detective Shanley–she was in her Sunday best, with a pale blue hat and bright earrings lending a gay touch to her gray hair–to the rear of the orchestra. But before she could complete the arrest, the man punched her, broke away and headed down the center (stet) aisle. It was at this point that the shots from the Detective’s service revolver slammed harmlessly into the floor…’

But that gun of hers also got her in trouble, when Mary got drunk one night in a bar in Queens and fired her revolver.  She was demoted from first-detective to patrolwoman, but it wasn’t long before she regained her old rank.

Mary’s grit and determination to uphold the law never wavered. At the age of 54, she was still tough enough to take on and arrest an armed 22-year-old man who was brandishing an automatic pistol in Macy’s department store.

Thanks to her colourful antics, Mary was a media darling of her day.

‘I can usually tell in 20 minutes whether a suspect is legitimate or not,’ she told the Panama City Herald in one interview.

When asked about her career, she told a reporter: ‘I’d die if I had to go back to working in an office.’

Luckily for New York City, that never came to pass. Mary retired in 1957 as a first-grade detective and with over a thousand arrests to her credit. Her escapades would later be celebrated in the documentary, Sleuthing Mary Shanley.

Lillian and Mary, two extraordinary trailblazing women, who took on the criminals, not to mention society’s misconceptions, and proved that ‘the fairer sex’ could be just as tough, or tougher, than their male counterparts.

41 Responses to The first female detectives